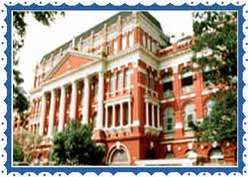 The construction of Writers building began as early as in 1690. It got its name owing to the fact that it served as the dwelling place for the junior writers of the East India Company. The original Writers Building of Kolkata, India did not have any architectural beauty. It was on the same site that another Writers' Building was created later on. This Gothic structure came into existence during the tenure of Lt. Governor Ashley Eden (1877). The present Calcutta Writers' Building is located at the northern end of Dalhousie Square. Today, it serves as the Secretariat of West Bengal Government. This gigantic building is also known as 'Mahakaran', where all the important documents and other records of the West Bengal Govt are preserved.