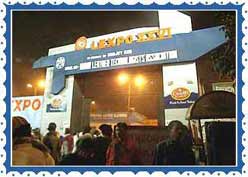 Lexpo fair was conducted for the first time in the year 1977. It was launched by the Indian Leather Technology Association. It is a platform that allows not just the big players but also the small-scale leather industries to exhibit their products and technology. Calcutta leather Lexpo fair usually takes place during the period between December-January at the maidan of Kolkata. Read on to know more about Lexpo fair of Kolkata India:

The participants of this stupendous fair include several leather production houses and leather technology schools from different parts of the country. The main aim of this fair is to give a fair chance to the small-scale industries to come forward and display their specialties. Also, it helps to create awareness among masses about the utility of leather.